The Federal Excise Taxes for 2nd Quarter  (April to June) of 2017 is due this July and July 31. is the last date to report it with the IRS.

PCORI fees applies to policy or plan years ending on or after Oct. 1, 2012, and before Oct. 1, 2019 are reported and paid annually using IRS Form 720 (Quarterly Federal Excise Tax Return). These fees are due each year by July 31 of the year following the last day of the plan year. This means that, for plan years ending in 2016, the PCORI fees are due by July 31, 2017.  This PCORI fee is based on the average number of lives covered under the policy or plan, can be prepared and reported online with  the IRS at  http://TaxExcise.com an IRS Authorized e-file service provider for all excise tax forms including Form 720, Quarterly Federal Excise Tax return.

Know more about it here 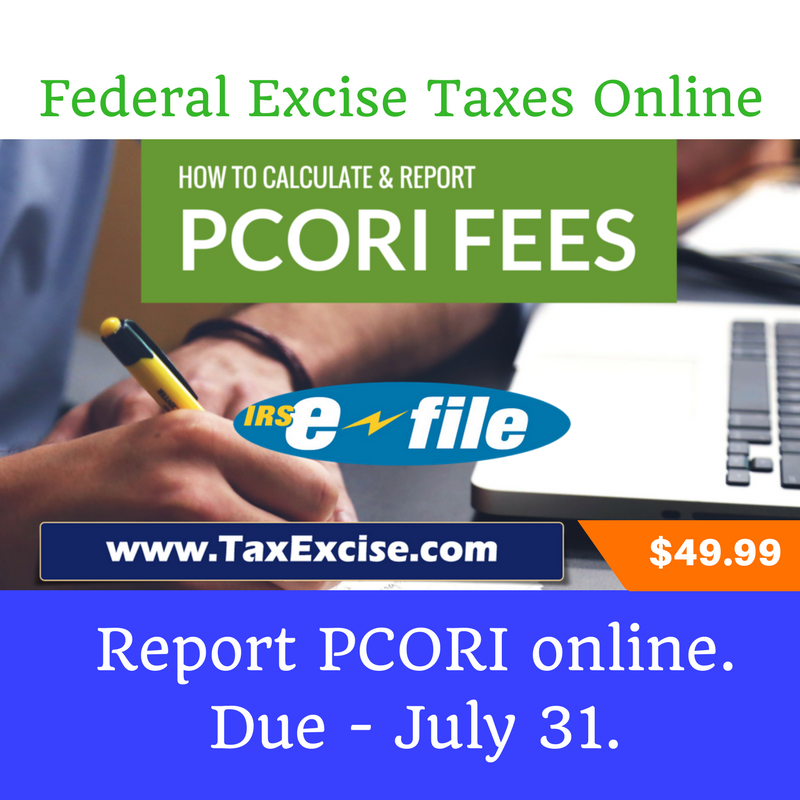 Reporting and Paying the Fee