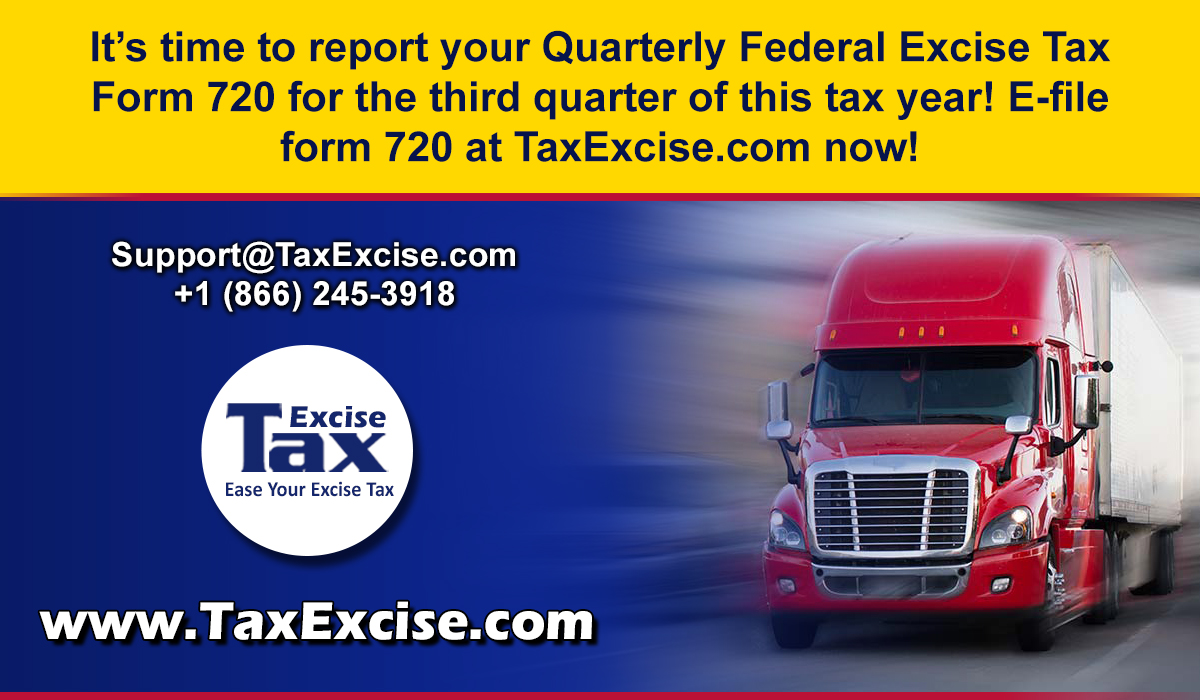 The IRS imposes excise taxes on various products and businesses where the dealers, buyers, importers, exporters and customers are entitled to pay the taxes. The federal excise taxes are paid every quarter of the tax year to the IRS using form 720. Many products, services, and businesses come under the federal excise tax form 720. Therefore, the taxpayers must carefully calculate their taxes, identify their category among the parts and sections of form 720 and report them to the IRS on a quarterly basis. Each product, goods and service taxed through the form 720 has multiple terms and conditions. The taxpayers must carefully understand these terms to report properly and pay the federal excise tax form 720. Reporting form 720 has deadlines for every quarter; the taxpayers must report form 720 on or before those deadlines to stay away from penalties, late charges and interests imposed by the IRS.

Environmental Tax – Chemicals (other than ODCs).