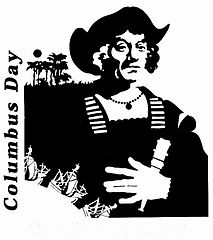 On the Occasion of Columbus Day, when the nation celebrates the arrival of Christopher Columbus to the Americas on October 12, 1492, we at TaxExcise.com would like to convey our wishes to all our Clients & Customer, who have supported us to grow this big. With the support of every single Tax Payer who have used Taxexcise.com and its line of products to E-file their Taxes has helped us to grow the same way as America grew to become the United States of America.

The United States of America has grown to become a super power from the day it was discovered by Christopher Columbus, like wise TaxExcise.com has developed, added and started to support E-filing of several Tax forms since its origin in 2007. Below are the Tax Forms that are supported by Think Trade Inc, under the domain name www.Taxexcise.com .

To all those Tax Payers out there if you think this is it, NO! We are just warming up and have got several other surprises lined up in near future. Out of the above mentioned Tax forms, three are due by the end of this month. Tax Form 2290 for vehicles first used in September, since July 2016, Federal Excise Tax Form 720 for the Third Quarter of 2016 & IFTA for the Third Quarter of 2016 should be prepared and filed on or before October 31st, 2016. Our Ever ready, Very knowledgeable & always available Tax Experts are eagerly waiting to impress you by answering your questions regarding E-filing your above mentioned Tax Forms. Do not hesitate to call them @ 1-866-245-3918 or ping them using the live chat option on the website or you may even choose to write to them @ support@taxexcise.com .