The IRS is offering electronic filing of Form 8849 will satisfy the Congressional mandate to provide filers an electronic option for filing Form 8849, Schedule 3. Schedules 1, 2, 5, 6 and 8, are also available for efiling through www.TaxExcise.com.

END_OF_DOCUMENT_TOKEN_TO_BE_REPLACED 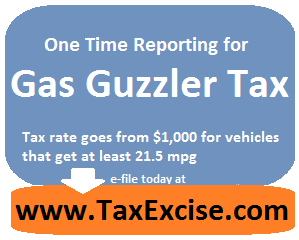 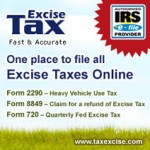 The Quarterly Federal Excise Tax Return is used to file and pay excise taxes due on a quarterly basis to keep liabilities under control. Select companies are required to pay excise tax to the federal government depending on their business. Companies that engage in the sale of gasoline or tobacco or in services including indoor tanning may be required by law to file an excise tax return. END_OF_DOCUMENT_TOKEN_TO_BE_REPLACED